Could the Honey Crop in Upstate South Carolina Disappear?

Could the Honey Crop in Upstate South Carolina Disappear? 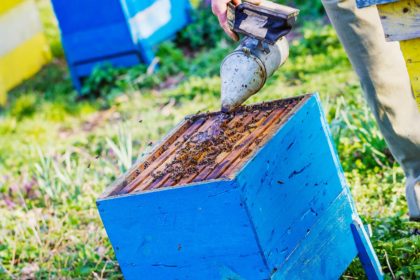 The vast majority of beekeepers expect a payday in the summer months when they harvest their honey but farming and beekeeping doesn’t always follow our journals.

Beekeepers definitely fall into the trap of doing the math before the honey is safely in a jar. This year in particular was somewhat of a phenomenon, at the very least a rare occasion.

The overwintered colonies were stronger than I have ever seen and could have been split easily in January and February. The tricky part was the weather was remaining cold and the possibility of chilled brood on cold nights kept most from risking the task.

Secondly in order to make productive splits you need properly mated queens and due to the colder weather that too made for a challenge. The more experienced beekeepers noticed the unusual climate and proceeded with caution.

Once spring arrived the cold weather had held back so many nectar bearing plants that when warmer weather arrived everything busted at the same time and created a massive honey flow which was fun and exciting, not only were the bees buzzing but social media was buzzing with “It’s going to be a big year for honey!”

THEN CAME THE RAIN!!!

I suppose most beekeepers were able to sneak some honey off of their colonies but most were and still are waiting for the end of the honey flow. There are many hardwood trees and other nectar bearing plants that are still to bloom but the torrential downpours could cause a problem.

You see, when honeybee colonies are making honey and carrying in pollen really fast the queen is laying eggs really fast. Those eggs hatch out in 21 days so most colonies are busting at the seams RIGHT NOW. These colonies have produced a lot of honey and a lot of bees but the rain is keeping them inside which is a BIG PROBLEM.

All the bees hanging out inside the hive create a crowded space. In anxiety, some will produce queen cells and will throw swarms as soon as the sun shines again creating a second swarm season.

All of the bees are also hungry and since the weather is not allowing the bees to gather nectar they are eating the honey they have stored.

Beekeepers could be surprised to see that after the rain clears and they return to the hive to harvest the honey crop that the crop magically disappeared.

I did notice over the holiday weekend that between rain showers the bees were flying.  My hope is that they were able to maintain incoming nectar to replace the nectar eaten on the days of endless rain.

In a nutshell I suppose we will just have to wait and see what happens. There is a possibility that the excess of water in the ground could cause a massive nectar fall flow which would be something we really never have seen in Upstate South Carolina.

I suppose as farming goes we will just have to wait and see. Either way, this is a good learning experience for us to watch this unusual season unfold.

Check Out Our Other Blog Posts On Beekeeping

Beekeeping Tips for May 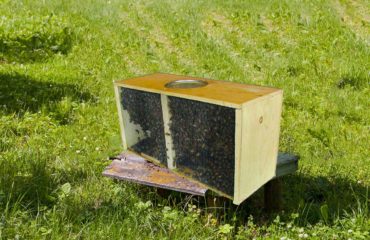 What is a Honeybee Package?