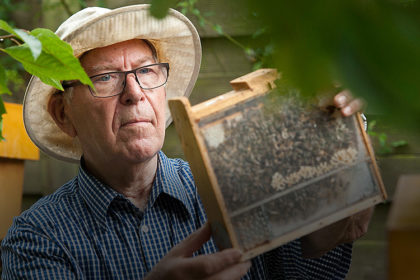 Beekeeper Ernst Caspari has 20 colonies of bees that collect honey for him, and he needs to protect his bees against their greatest enemy, the Varroa mite. This parasite, measuring one to two millimetres in length, is a major cause of bee losses during the winter.

The Varroa mite first appeared in Germany in 1978. Caspari still remembers the Varroa-free time before that: “Bee-keeping was simpler. Previously, you could expect losses of up to ten per cent during the winter. A queen might die, or a shrew might get into the beehive.” Now, however, individual beekeepers may lose 30 per cent or more of their bee populations throughout a year. “That is why beekeepers have to take action, otherwise their colonies will not survive for long,” says the 86-year-old from Leverkusen.

The mite finds its way into the bee brood shortly before the brood cells are capped, and reproduces there. The progeny of the mite and the mite itself feed on the bee larvae/pupae. After the young honeybees, which are already damaged, have hatched, the parasite and its progeny also emerge into the open. “The damaged bees,” explains Peter Trodtfeld, bee health expert in the Bayer Bee Care Center and also a beekeeper himself, “are weakened and susceptible to viral infections, such as the deformed wing virus, for example. The bees then hatch with mutilated wings and have a reduced lifespan.”

The Varroa mite is less noticeable in spring when the colony strength is increasing. “But when the number of brood cells or bees decreases in late summer and the mites are reproducing unhindered, the colony is in danger,” explains Trodtfeld. “So the Varroa population has to be reduced towards the end of the summer so that a possible infestation in autumn and winter may be kept as low as possible.”

Since its first appearance of the mite in Germany, Bayer has also been searching for a suitable antidote to protect the honeybee. As a chemical engineer and member of the Leverkusen Beekeepers’ Association, Caspari has followed all the developments from the first study onwards: “In the past, the bees were still being treated with a fumigant – a dreadful stuff that stank and polluted the honeycombs. Bayer’s product containing the active substance coumaphos, on the other hand, was a blessing for us beekeepers when it came onto the market.”

Caspari treats his bees with it every year in winter. “I trickle it over the bees in the bee space, and then when the mites suck the bee blood (haemolymph), they die,” is how he explains its action.

Another chemical varroacide is available that the Leverkusen resident has also used for the control of the Varroa. “These are plastic strips with the active substance flumethrin. You hang them in the beehive, the bees crawl over them and spread the active substance around, which then attacks the parasites’ nervous system,” explains Caspari. Organic acids and other synthetic varroacides are also used in the fight against the Varroa.

Ernst Caspari is only too well aware after his many years’ experience that one single product is not sufficient to counteract the Varroa mite. The parasite is constantly developing resistance. “That means that products containing different active substances have to be alternated with one another,” explains Caspari. “All these products are only used after the honey harvest in order to avoid product residues in the honey.”

He does not know exactly how badly his 20 colonies are affected by the Varroa mite. Only after appropriate treatment he can see if many dead mites are lying on the bottom of the hive. But of one thing he is well aware: without the beekeeper’s help, the bee colonies would die within one to three years. 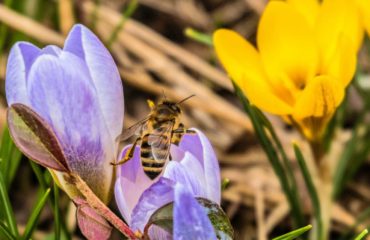 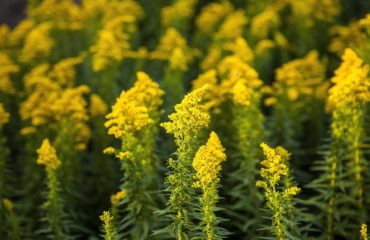 The Last Sip of Fall Nectar 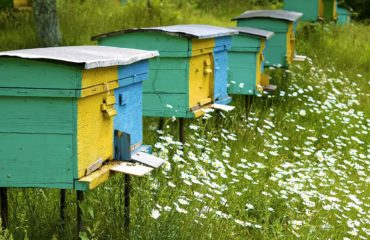 How to Split a Hive?